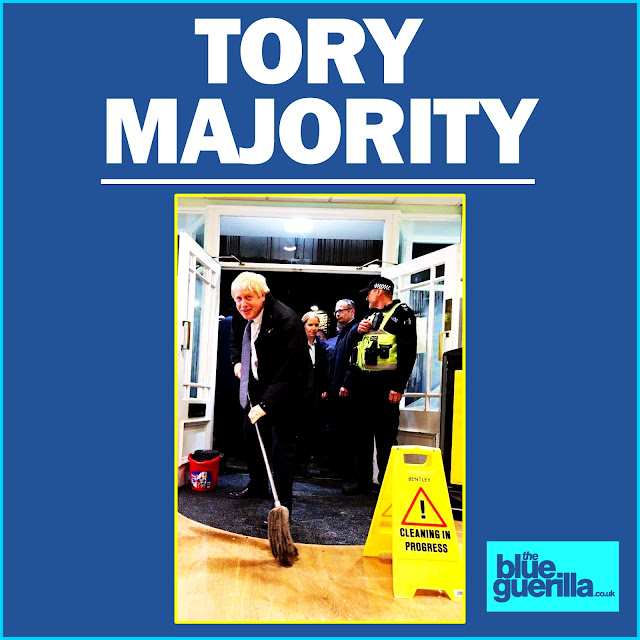 BY winning the Conservatives biggest vote share since 1970 Boris Johnson last night won a landslide majority to Get Brexit Done and govern the country for the next five years.

On a night of spectacular gains the Conservatives got over the magical 326 seat mark by winning former Labour heartland Bolsover and ending Dennis Skinner’s long reign in the House of Commons.

It was a disastrous night for Jeremy Corbyn and Labour’s worst defeat since the war and even worse for the Lib Dem’s who lost their leader Jo Swinson.