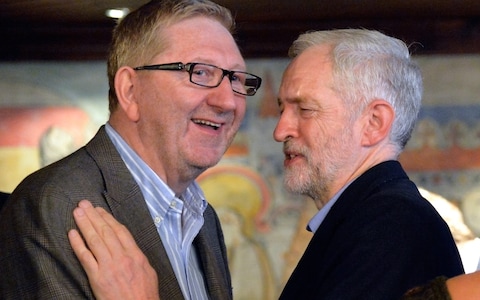 Hot on the heels of a source telling TBG that Labour are now pinning their hopes on a group of candidates who have ironically been reviled by sections of the party for their position on Brexit, TBG can sensationally reveal that the Unite Leader, Len McCluskey, has told Radio 4 that Labour needs to explain to Leave voters why they are the only party who can address the problems that led them to vote for Brexit in the first place.

They actually stopped the party taking a harder remain position.

McCluskey told The World At One - “Whatever their concerns that made them vote Leave, won’t change with a Tory government.”

“So our message is a strong one.”

TBG can see such patronising gov knows best behaviour going down like a lead balloon in the coming days.