Richard Tice To Stand For Brexit Party In Hartlepool 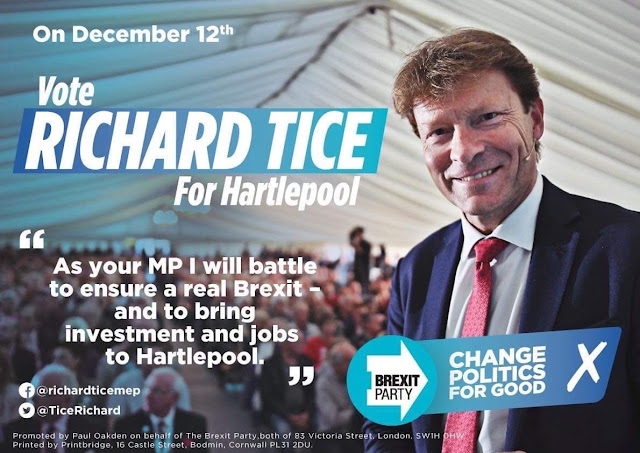 RICHARD Tice has just announced he will be standing as The Brexit Party candidate for Hartlepool, TBG can sensationally reveal.

Tice, who was linked with a move to the Conservatives told TBG - “Delighted to announce that I’ll be standing as the Brexit Party’s candidate for Hartlepool.”

“I have a track record of getting things done and know I can deliver for the town.”

“I’ll battle for a proper Brexit, more money into Hartlepool and more jobs for the people here.”