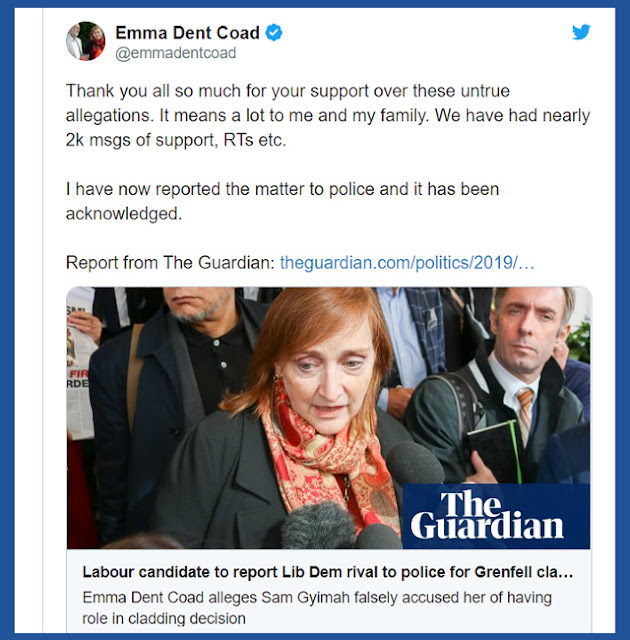 LABOUR'S candidate in Kensington, Emma Dent Coad has reported her Lib Dem opponent Sam Gyimah to the police over comments he made about her in relation to the Grenfell Tower fire, TBG can sensationally reveal.

Mr Gyimah, who defected to the Lib Dems from the Tories, told City AM last week that Ms Dent Coad was “on the council and was part of all the discussions that went on in terms of cladding.”

Emma Dent Coad said “Any kind of allegation that I had anything to do with any kind of decision-making is complete nonsense.”

Labour leader Jeremy Corbyn has called on Liberal Democrat leader Jo Swinson to step in too.