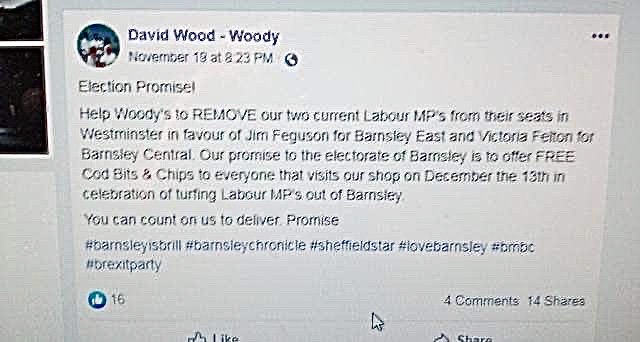 A Barnsley councillor is the subject of a police investigation after offering free food at his fish and chip shop if Labour’s two Barnsley MPs lose their seats in Parliament to the Brexit Party, TBG can sensationally reveal.

David Wood, who is a member of Penistone Town Council posted the offer on Twitter.

"Treating" is not allowed under the Representation of the People Act 1983.

A South Yorkshire Police spokesman confirmed the force has received two complaints regarding the matter.