Corbyn And McDonnell At War 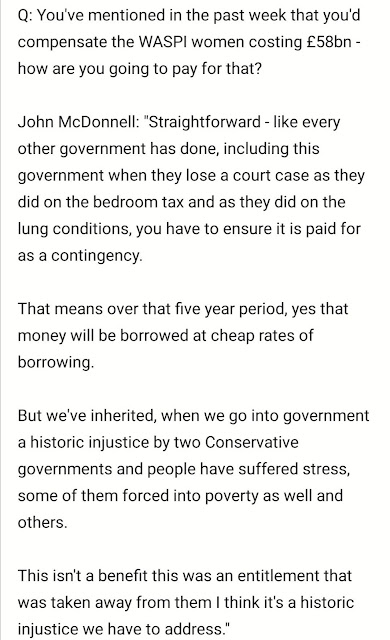 IT'S emerged that Labour will pay the £58 billion for WASPI women compensation by more borrowing.

Hence, this transcript [above] of an interview between John McDonnell and Kevin Larkin from BBC Radio Leeds recorded in Meltham near Huddersfield this afternoon.

TBG has seen extracts of an interview that McDonnell gave in Huddersfield yesterday where he stated that it would be paid by more borrowing that ironically would break European law.

Corbyn has stated that his government would use "reserves" to fund the payments, which we all know would not exist under a Corbyn premiership.