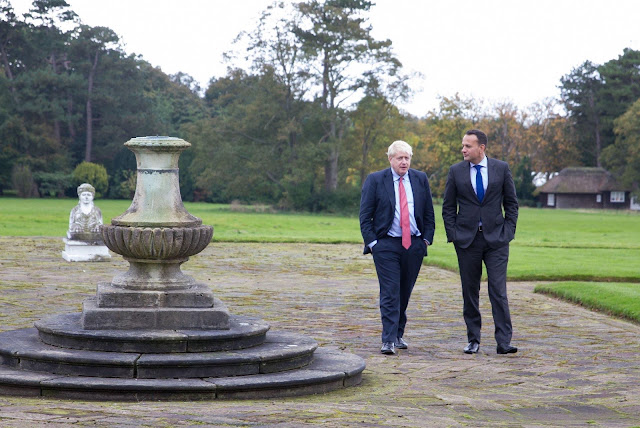 Round and round they go

LEO Varadkar now says it is possible that a new Brexit treaty can be agreed between Boris Johnson and the EU to allow Brexit on 31 October, just hours after he said there was "no basis" for a deal, TBG can reveal.

Varadkar says he had a “very positive and very promising” meeting with Boris Johnson.

He was convinced both sides want an agreement and he sees a pathway in the coming weeks.

On consent, he says it must work for whole of Northern Ireland.

On customs, must ensure no customs border between North and South.

Varadkar said he hopes what happened today would be “sufficient to allow negotiations to resume in Brussels”, which they will at 9:00am tomorrow between Messrs Barnier and Barclay.