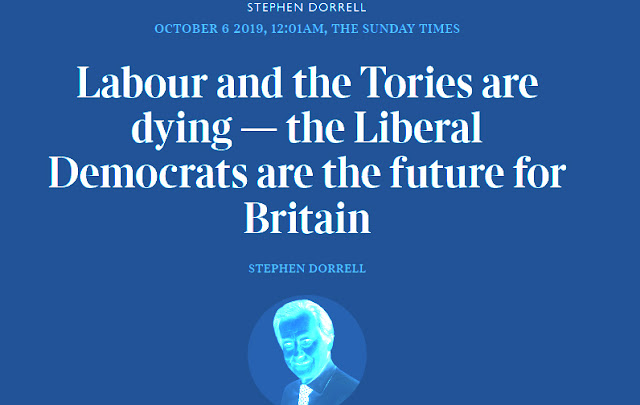 In an article for The Sunday Times website today, Dorrell, who initially defected to Change UK earlier this year, claims “both major parties” have retreated “into mean-spirited factionalism”.

The former Loughborough MP, who went on the chicken run to Charnwood in 1997, is now urging liberal conservatives and social democrats to break cover from their respective parties and join the Liberal Democrats in what he calls “a big liberal tent.”