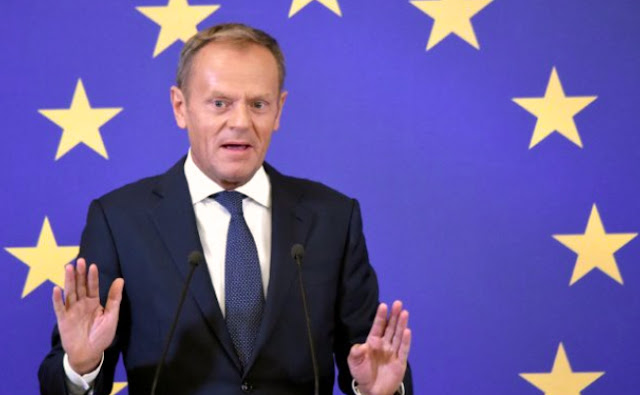 It seems to TBG that the No Deal Blame Game is in full swing.

DONALD Tusk sensationally exploded after a morning of tense relations between Downing Street and the E.U.

Since Corbyn et al Surrender [Benn] Act was put into law the EU believe they have no reason to give the UK what it wants.

Downing Street is briefing that Merkel says a Brexit deal is "essentially impossible" and her position means it will never be possible.

The DUP leader Arlene Foster hits the nail on the head: “The PM’s proposals have flushed out Dublin’s real intentions to trap NI in the EU Customs Union forever, where Dublin rather than the UK’s elected representatives would be in the driving seat.”

“We will not accept any such ultimatum or outcome.”