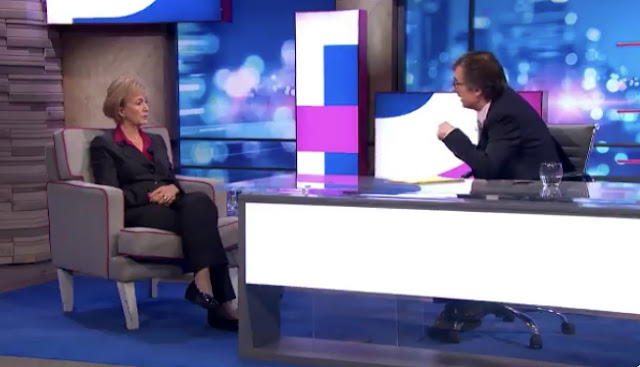 IN the strongest sign yet that the government may throw everything at blocking an EU extension, Andrea Leadsom last night told Robert Peston that it’s “absolutely” reasonable for Boris Johnson to send a second letter to the EU saying he doesn’t want an extension if there is no prospect of a deal.

Ms Leadsom added - “We have put through a really well-thought compromised offer, which Parliament could get behind.“

“There were a number of Members of Parliament who have previously been very strongly against Theresa May’s deal who are saying they could support this deal.“

“Boris Johnson has put together this deal. It is for the EU to come together to find a way forward with us.”

Mr Johnson's hopes of securing a deal in time for the summit on October 17 and 18 could now rest on a crunch meeting with Irish prime minister Leo Varadkar later today.

Mr Johnson has said he remains "cautiously optimistic" about a deal.

However, Mr Varadkar has said "big gaps" remain between the UK and the EU.

Under Mr Johnson's proposals, which he calls a "broad landing zone" for a new deal with the EU:

■ Northern Ireland would leave the EU's customs union alongside the rest of the UK, at the start of 2021.

■ This arrangement could, in theory, continue indefinitely, but the consent of Northern Ireland's politicians would have to be sought every four years.

■ Customs checks on goods traded between the UK and EU would be "decentralised", with paperwork submitted electronically and only a "very small number" of physical checks.

■ These checks should take place away from the border itself, at business premises or at "other points in the supply chain.”