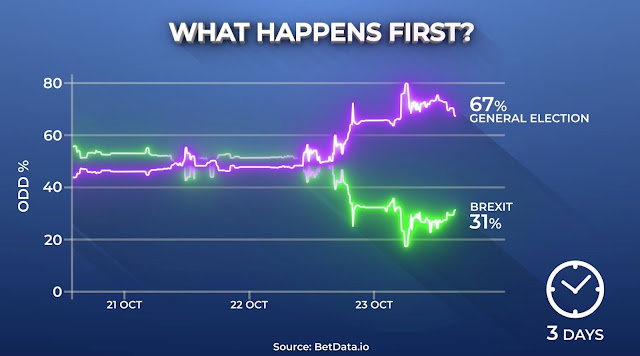 ON Sunday Peston showed the betting markets thought Brexit would happen before a General Election.

Just three days later and the markets have completely reversed!

The money is going on to a General Election before Brexit big time last night.

Hence The Government Chief Whip, Mark Spencer allegedly telling MPs that a potential general election date is Tuesday 10 December, with MPs swearing in before Christmas, followed by a recess and then a Queen’s Speech early in the New Year.