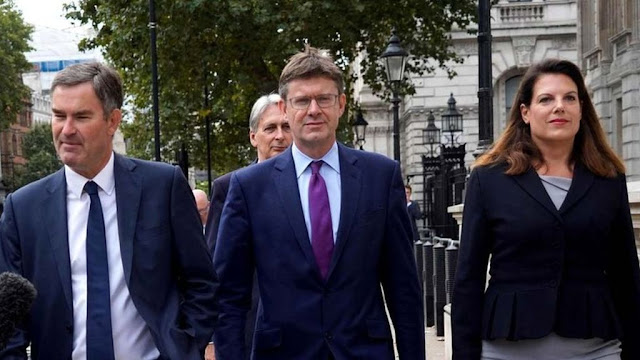 As TBG reported earlier in the week, Rebel MPs are exploring ways to seize control of the Parliamentary agenda from Boris Johnson next week.

TBG understands that their latest plot is to take control of Brexit legislation even if MPs reject his election motion on Monday.

Some of them have even been discussing the plans with former EU officials.

Labour MP Peter Kyle said he too was in talks with the ex-Tories about their next steps.

Dominic Grieve, the former Tory who has led the battle against a no-deal Brexit, said MPs bringing back the withdrawal bill with the aim of attaching a second referendum was “within the field of options.”

However, any attempt by backbenchers to bring in primary legislation would be full of procedural hurdles.

The news comes as Europe’s leaders are on stand-by for a crisis meeting of the European Council in the 24 hours before Britain is due to leave the EU at 11pm on Thursday after France sensationally vetoed an automatic Brexit delay until January 31 in exasperation at the deadlock in Westminster.

TBG has learnt that on Thursday night the Gawkeward Squad of 20 rebelTory MPs led by former deputy prime ministers David Lidington and Damian Green had a meeting to discuss tactics.

As a result, they too have threatened to vote against Boris Johnson’s push for a December 12 general election.

Amber Rudd is alleged to have told the meeting that the country shouldn’t go to the polls before fellow rebels who had the whip removed last month are allowed back into the party.

So get your popcorn ready for what’s expected to be the most exciting and even nail biting week of politics in Westminster since the Second World War.