Cummings: Boris Will Not Make The Same Mistakes As May 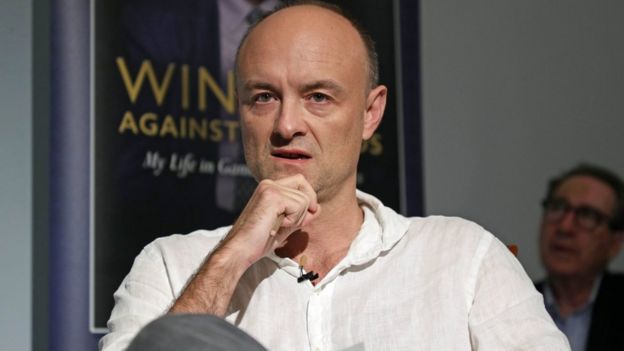 BORIS Johnson’s most senior adviser warned last night that Britain would leave the European Union without a deal if Brussels refused to compromise.

A possible Brexit delay was seen by many to be in the balance after an apparent conflict in argument by the Prime Minister and his officials yesterday, TBG can reveal.

In an interview with The Times, Dominic Cummings said, “Next week we are going to know how things turn out,”

“If the EU says no then we are not going to do what the last lot did and change our negotiating position.”

“If we don’t get anything next week, we are gone.”

A government source told TBG - “The government is not prevented by the Surrender act from doing other things that cause no delay, including other communications.”

Every member state must approve any Brexit delay.

Therefore, the EU fears that Mr Johnson will appeal to Viktor Orban, Hungary’s prime minister, to reject the request,

Also, Ministers have said the act is “flawed.” Thus, leading to suggestions that somebody is preparing a legal challenge.

Another insider told TBG - “The manner in which the policy of no deal is lawfully achieved is a matter for government.”

“The government will comply with the Surrender act, which only imposes a very specific narrow duty concerning parliament’s letter requesting a delay — drafted by an unknown subset of MPs and pro-EU campaigners — and which can be interpreted in different ways.”

“But the government is not prevented by the act from doing other things that cause no delay, including other communications, private and public.”

“People will have to wait to see how this is reconciled.”

“The government is making it’s true position on delay known privately in Europe and this will become public soon.”

And that won’t be before another decision in the Scottish courts on Monday.