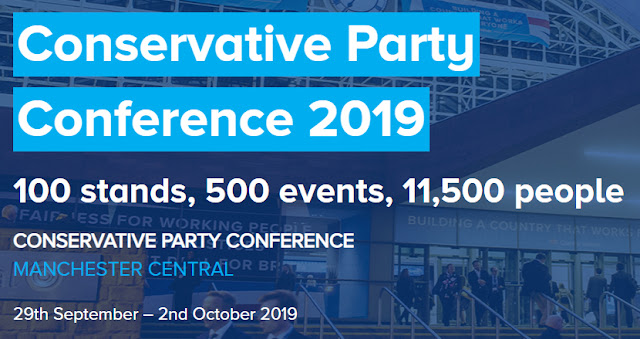 TBG can sensationally reveal that the government is expected to table a motion tomorrow calling for a short conference recess on Monday and Tuesday next week.

The Conservative Party conference runs from Saturday to Wednesday.

However, both Labour and former Tory MPs want Boris Johnson to extend the Brexit deadline as a condition of conference going ahead.

It means that Tory MPs are likely to have to shuttle between London and Manchester while parliament is sitting.

Thus possibly affecting crucial votes depending on the government business timetable which is due to be published by the Leader of the House of Commons, Jacob Rees Mogg, on Thursday night.

A Downing Street source told TBG “Conference will have to carry on.”

“If that means MPs are going to have to miss parliament then so be it.”

“People will have to be shuttling to and from the conference.”

“It just shows how venal and bitter things have become.”

Shadow Brexit Secretary Keir Starmer said his party would only support a conference recess for the Tories if Boris Johnson “went to Brussels and agreed to delay Brexit.”

One told a national newspaper - “After the way they’ve behaved over prorogation why on earth would we help them?”

“There is no goodwill left, they can’t be trusted.”