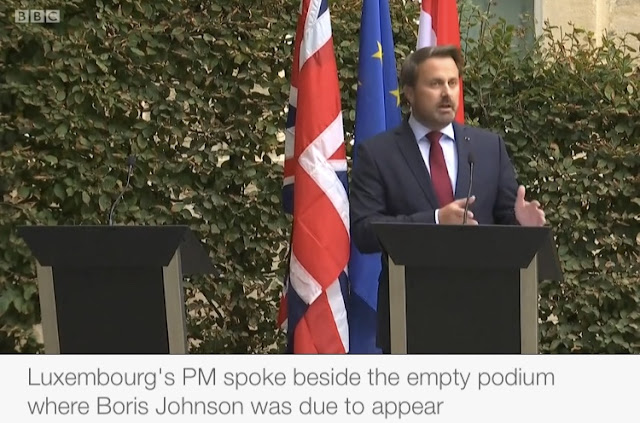 JUST when you thought things could not get worse for the EU after yesterday’s incident in Luxembourg TBG can sensationally reveal that they have.

So much so that Norbert Röttgen, a senior Christian Democrat and the chairman of the German parliament’s powerful foreign affairs committee, has warned that the incident made a no-deal Brexit more likely.

Röttgen is set to tell tomorrow’s Times newspaper - “Xavier Bettel’s speech did not serve the European cause.”

“His public venting ignored that a deal is still in everyone’s interest.”

“Even without a deal there will be a post-Brexit life, which means that right now everyone needs to behave in a way that avoids animosity.”

Another EU source said “The main problem is that this only reinforces the them-versus-us narrative that Johnson has used before.”

“It will not do him any harm.”

“A leader of a bigger country would not have used such an important occasion to better his own profile.”

An official from President Macron’s office, ahead of a visit to Paris by Mr Bettel, said that France was not ruling out a no-deal Brexit in six weeks time.