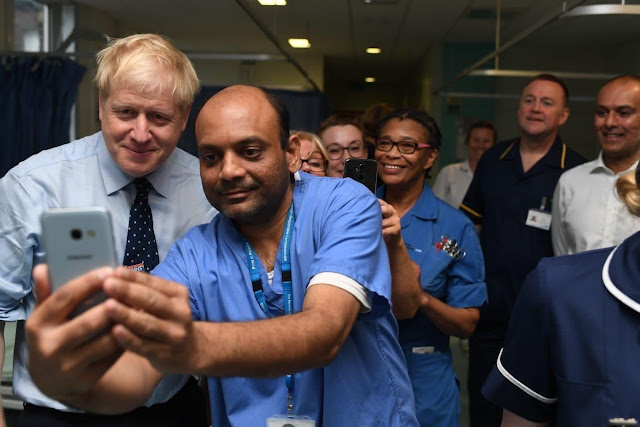 PRIME Minister Boris Johnson this morning showed how it is the Conservatives who occupy the centre ground with new funding for the NHS totalling £33.9 Billion.

It’s the largest sum that has ever been invested in the NHS after the extra and will be spent on the health service between now and 2023.

The six hospitals to benefit from the £2.7bn in funding are:

A further 34 new hospitals will receive £100m in initial funding to start improvement projects, including Addenbrookes Hospital in Cambridge, the Queen's Medical Centre in Nottingham and the North Manchester General Hospital.

Health Secretary Matt Hancock told TBG - “We are the party of the NHS and we care deeply about the NHS because it’s there for each and every one of us in our hour of need.”

“Some of our buildings are so out of date they make it much more difficult to run a modern hospital, so there will be state-of-the-art facilities.”

“It’s the biggest hospital building programme in a generation and it’s about making sure that, when you need it, the hospital can treat you with the best possible care.”

“In the past, building hospitals has been piecemeal, it had been funded by PFI which then hamstrung hospitals for decades.”

“I want to change that.”