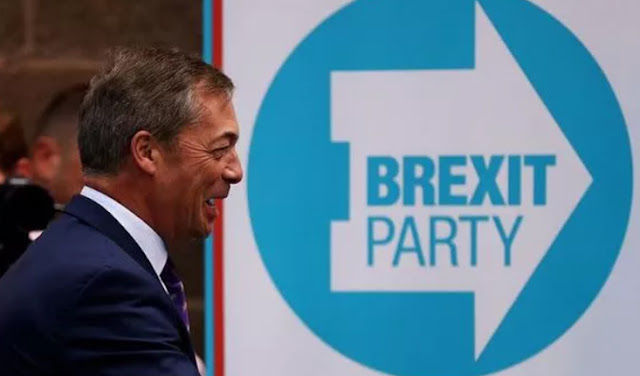 THE BREXIT PARTY are set to announce 50 more General Election candidates today on top of the fifty revealed by TBG yesterday morning.

So far, the Brexit Party have announced 100 parliamentary candidates at a rally in Birmingham but only 50 have been allocated seats.

We understand that candidates standing in Gosport, Fareham and Chichester may be included in the fifty tomorrow which is likely to upset ERG member and Fareham MP Suella Braverman, Gosport's Caroline Dineage, and Gillian Keegan.

Along with fellow Sussex MP Nicholas Soames, Chichester MP Keegan is said to be bitterly against no deal.

Chris Ellis, who was tipped by TBG for the Havant seat told the Portsmouth News: "The Brexit Party is still moving forward very aggressively. We’re planning for an eventuality that we hope doesn’t come forward – Brexit getting thwarted."

He added: "Whether it’s Brexit Party MPs or Tory MPs – assuming Boris Johnson’s plan gets thwarted – we need to make sure there are enough Brexit-backing MPs to get the job done."

It’s expected the organisation will stand across all constituencies in the UK, in a move that pundits suggested showed a clear intent to wade into the world of Westminster politics.