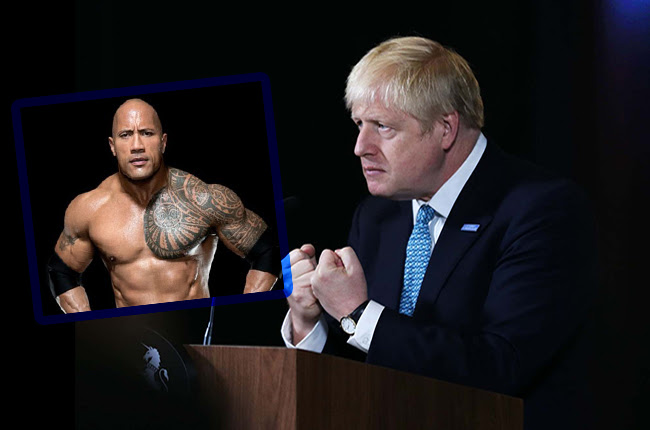 THE ROCK (Dwayne Johnson) has heaped praise on Britain's new Prime Minister Boris Johnson after revealing on GMB they were in fact cousins, TBG can sensationally reveal.

Rumours swirled around the wrestling forums this past week about the two being related. The Rock, used to being anything for everyone; especially his fans, backed up these claims on Good Morning Britain (GMB).

Obvious joking aside, The Rock did seriously praise BoJo for his speech on the steps of Downing Street (right).

However, a few Lefties climbed on board The Rock's Twitter account layed the smack-down and delivered a Rock Bottom to Dwayne Johnson and he quickly deleted his tweet. He was out for the count, very unlike The Rock.

If he backed down so easily in the WWE he'd have definitely stayed as jobber Rocky Maivia and not had great moments with the likes of Stone Cold Steve Austin, Triple H and Hollywood Hulk Hogan - all three of whom are definitely sound.