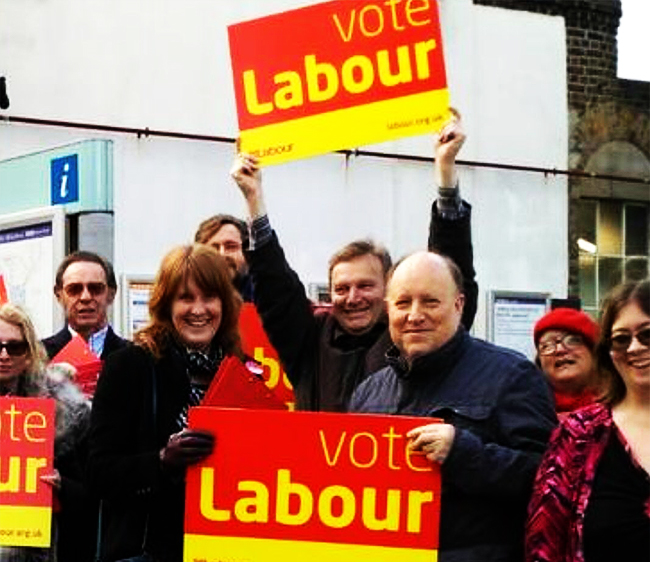 LABOUR in Croydon has re-selected Sarah Jones as its candidate in what's claimed as going to be a "brutal battle" to win Croydon Central.

According to reports a very excited Andrew Pelling turned up to "photobomb" the celebratory snaps with Jones and Labour Council Chief Tony Newman. The Commentator claims an "over-excited Andrew Pelling was waving a sign and stood on his tiptoes, keen to ensure his face appeared in the official snaps."

Pelling, who now serves as a Labour Councillor, previously held the seat of Croydon Central when he represented the Tories before having the whip withdrawn over serious allegations from his ex-wife.

The same publication also points out that "Pelling isn’t the only concern haunting the Croydon Labour Party." In a recent interview with local newspaper The Croydon Advertiser Croydon North MP Steve Reed apparently asked voters to back Labour regardless of Jeremy Corbyn being leader.

The party's candidate for the north of the borough, Reed, resigned his position as Shadow Minister for Local Government last June claiming that Mr Corbyn's performance in the Brexit referendum would lead to "electoral annihilation".