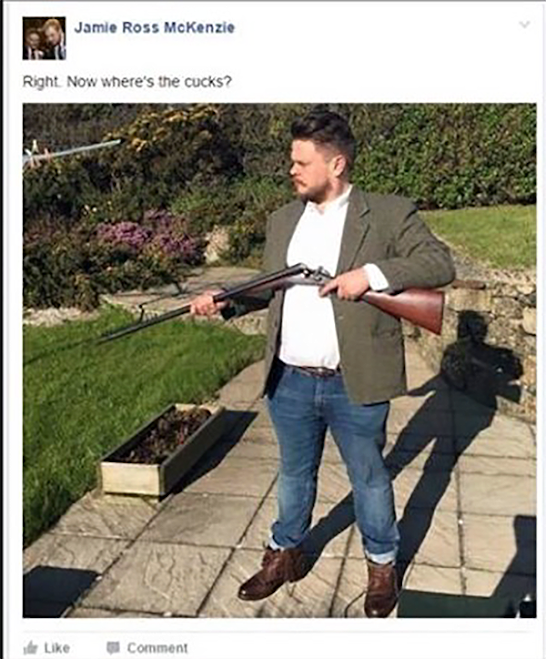 YOUNG INDEPENDENCE (YI), UKIP's youth wing, have been actively partaking in racist and threatening behaviour in a secret Facebook group known as the 'YI Faculty', TBG can sensationally reveal.

Under the leadership of Ross McKenzie our UKIP source says that the youth group has brought UKIP into disrepute many times and can no longer continue. A secret group known as the 'YI Faculty' is apparently "full to the brim of racist, hurtful and degrading remarks".

According to our source both YI Chairman Ross McKenzie and his Deputy Ed Summer both work for Stephen Wolfe MEP, though this claim has been denied by Summer. However, Summer is said to have been pushed out of the YI Council after a leak of YI members' data.

TBG will have more on the YI Faculty coming soon.