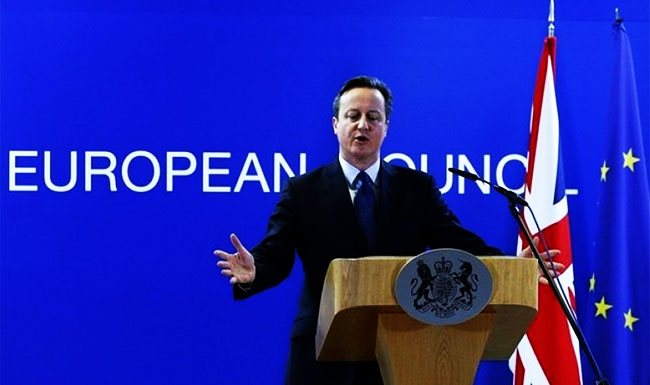 DAVID CAMERON has returned from marathon talks in Brussels with an historic deal he is set to put to the public for an In/Out referendum on EU membership this summer, TBG can reveal.

An exhausted looking Prime Minister exited the tough talks with 27 other countries claiming Britain now has a "special status" within the EU with the deal struck being "legally binding and irreversible".

For the first time in history a British Prime Minsiter has battled for serious reform and a repositioning of Britain on the important stage that is the European Union. Keeping Britain at the table of influence the PM has landed some of the most important changes to the EU in recent history, even toying with its fundamental principles.

The key points of the deal are an "emergency brake" on migrants' in-work benefits for four years when there are "exceptional" levels of migration. The UK will be able to operate the brake for seven years

Child benefit for the children of EU migrants living overseas will now be paid at a rate based on the cost of living in their home country - applicable immediately for new arrivals and from 2020 for the 34,000 existing claimants

The amending of EU treaties to state explicitly that references to the requirement to seek ever-closer union "do not apply to the United Kingdom", meaning Britain "can never be forced into political integration".

The ability for the UK to enact "an emergency safeguard" to protect the City of London, to stop UK firms being forced to relocate into Europe and to ensure British businesses do not face "discrimination" for being outside the eurozone

The Italian Prime Minister Matteo Renzi warned "there is a risk of us losing sight of the original European dream".