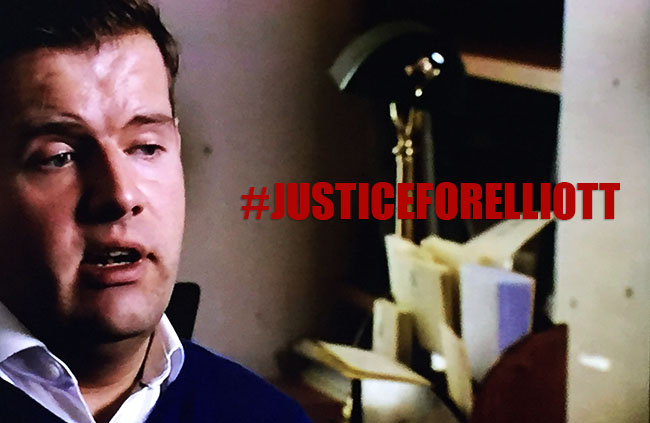 CONSERVATIVE FUTURE [CF] National Executive have all be sacked and stripped of their titles by Tory bosses after a devastating Newsnight report packed with allegations of sexual assault, intimidation, blackmail and bullying.

The news comes following the life-ban for Tatler Tory Mark Clarke who was subject to 25 complaints from youngsters on the Road Trip 2015 campaign.

Clarke forged close links with the national executive of the youth movement, which is made up of Alexandra Paterson, India Brummitt, Stephen Canning and Eleanor Vesey-Thompson.

Howlett also made sensational allegations that there is "Institutionalised bullying" within the Conservative Party's youth wing, an allegation that has today led to the entire CF National Executive being suspended and CF being taken into direct party control. He also says he doubts the party's version of events when Party Chairman Feldman says he had no idea about any bullying allegations relating to Clarke before August 2015.

It takes longer to delete a post than it does to screen shot it Mahyar, remember your own words 'the party never forgets'

TBG stop editing all your stories so that you never mention Mahyar Tousi in a bad light! When will stop covering up for him he has as much of an involvement in all of this as the rest of them after all he was on the exec and got suspended too! Why don't you just tell the truth instead of covering him it's ridiculous!

What about the Regional Chairmen-one or two of them weren't part of the Road Trip mafia/slate-but the others should go the same way as the Executive.

And what about others who appear to have jumped ship into Conservative Way Forward..

How about Mayhar? And Creepy Cooper has been quiet throughout all this. Shame on them both.

That fitty Danielle Fleet has been sticking it to Mayhar... So hot when shes angry!

We need to start again as a party for our young people. CF is discredited and dead in the water. Oh, and can someone tell Liam Walker to calm down on Twitter. His constant spamming of party-political points in trying to impress people so as to get elected is OTT.

What's Cooper got to do with all this? He's not on the exec and him and Mark openly hate each other

I haven't heard about her in a while where's she been hiding?