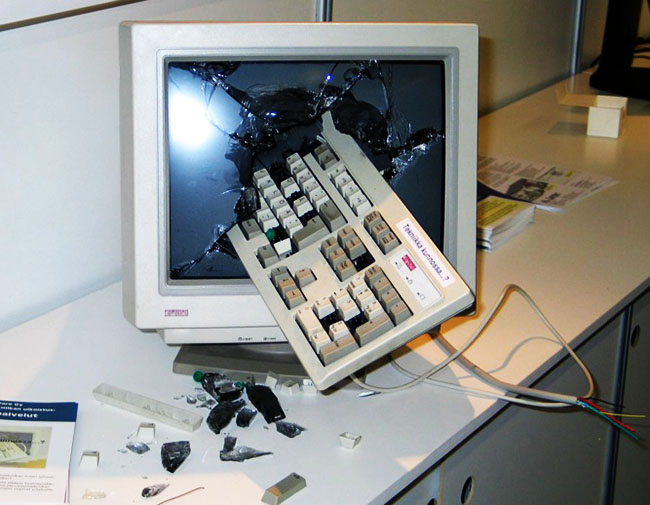 IN LIGHT of the recent decision by the Conservative Party to suspend the entire National Conservative Future executive, an online battle of finger pointing has taken over social media.

TBG reporters have seen a number of tweets and Facebook posts which will be sure cause alarm to Tory officials who have asked that victims affected by recent tragic circumstances speak to private counselling firm Westfield Health for help.

In one heated post which has since been deleted, one vocal critic of the CF National Executive demanded that one member "f**k off right back to the inner depth of hell from where you originated". The respondent in question is a former National Executive official.

In a separate post, the same fiery CFer has also requested via twitter that “any journos wanting gossip” should accept her price of “dinner at Dishroom (inc. drinks) for me and my 10 friends”. It is understood that the restaurant in question serves a number of top nosh dishes including Bombay Omelets and Sausage & Egg naan rolls. It would certainly be above TBG's budget.

Other names used to describe the former Exec. by other members online include "sluts", "careerists", "wide-boys", "cult followers" and "willy goblins".

Speaking to TBG, one Southampton based CF member who has asked to remain anonymous has said: "I get people are angry at some of those on the National Executive. I am. But some of the responses that have generated are really quite awful. What’s happened is truly dreadful but you don’t match bullying with bullying- I’m genuinely scared that people are going to have breakdowns over this whole sorry saga."

Another CF source known as Keith told TBG - "Bullying takes many forms. If you’re being targeted by online trolling unjustly I’d skip the Tory Party and speak to the police directly. A couple of these keyboard warriors need to log off for a bit. We need a full scale independent inquiry, not even more harassment cases."

The fall out comes at a time over widespread bullying claims within the Tory party that place former Road Trip 2015 Director Mark Clarke at its center. Mr. Clarke denies all allegations. An internal investigation is being carried out. The former National Executive have been accused of not doing enough to crack down on Mr. Clarke's influence. It is not believed that their general party membership is suspended at this stage. Regional and local CF chiefs however, remain in their roles.

Nabil? He couldn't control his 'kitchen cabinet' as London chair what difference will he make now?

lol conservative future is actually so ridiculous, like none of you are actually that important in the real world, no offence.