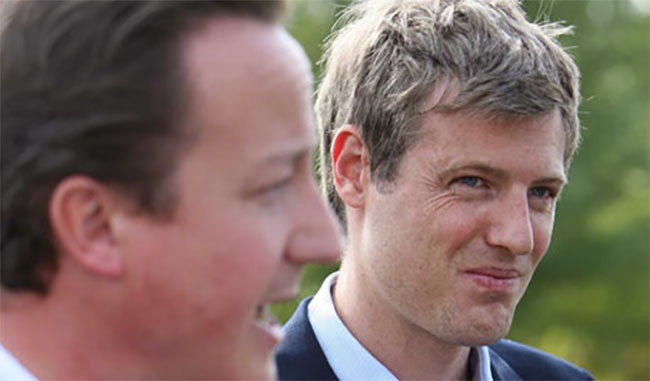 LONDON CF supremo Luke Springthorpe has been praised by Zac Goldsmith MP, the bookies odds on favourite to be the Tory nominee for Mayor of London, TBG can reveal.

Speaking about London CF’s vital contribution to the 2015 general election campaign, he said: "Conservative Future is a powerful force in London, and many of the successes on election night last May are because of the dedication and hard-work shown by you (Luke) and your team. CF played a significant role in both my 2010 and 2015 General Election campaigns and I have no doubt London CF will be playing a vital role during the Mayoral campaign next May."

This comes just weeks after Gavin Barwell, MP for Croydon Central, was equally complimentary towards London CF for its role in ensuring he kept his seat which he went on to win by 106 votes.

London CF hosted a hugely successful event with Zac Goldsmith and Andrew Boff in the marginal GLA seat of Ealing, to give members a chance to quiz the respective candidates following a short campaigning stint. The event went down a storm with 100 members turning up to hear from the candidates and tuck into a delicious barbecue.

Zac Goldsmith was particularly pleased with how the day went, saying: "It was a superb event and I’d like to thank the organisers, especially Luke Springthorpe, Paul Abbott (CEO of Conservative Way Forward) and their teams for all their hard work in putting it on. Campaign events like this will be vital if we want to hold City Hall next May and build on Boris Johnson’s legacy."