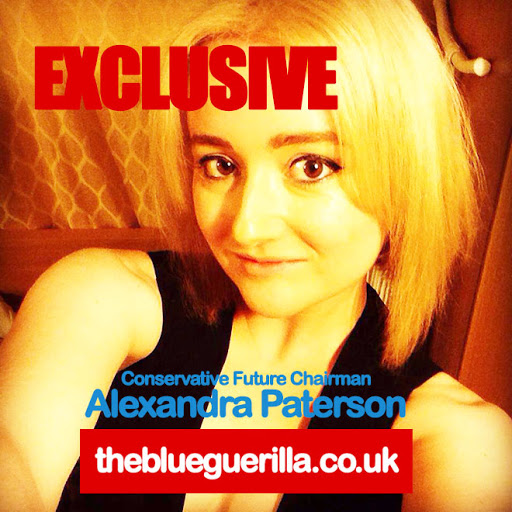 IT'S been a while since the General Election and I wanted to give you all an update on what has been going on in CF recently.

Last weekend saw London CF and Conservative Way Forward host Zac Goldsmith and Andrew Boff in Ealing after a well-attended campaigning session, followed by a BBQ. Thank you to everyone who came out and well done to London CF for putting on such a great event!

Also, congratulations to North East CF’s very own Isaac Duffy on being selected as the Conservative council candidate for Hart Ward in Hartlepool. He has been the leading light in branch development since he became NE Regional Chairman last year. When he took office, his region had four CF branches, now it has fourteen, with another launching in September. Fantastic stuff from the North East.

The start of the new university term will soon be upon us all, as will the very important Freshers Week (I wince at how long it has been since mine). I have had a lot of queries regarding Freshers Packs over the past few weeks. To clarify, the form for ordering packs will be available soon and will be circulated to your CF Regional Chairmen. If you have any issues with ordering packs for your branch then please email me at Chairman@ConservativeFuture.com

Looking further ahead to October is Party Conference 2015! If you haven’t already signed up for Conference you can do so here: https://conservativepartyconference.com/registration There will be lots of great CF events going on in Manchester and further details will be announced shortly.

I would encourage all CF members to get involved with the ongoing Party Review that Lord Feldman and Rob Halfon MP are conducting at the moment. There are many review events taking place around the country over the next few months and it is a real opportunity for you to have a say in the future of the Party. For further information on this please contact Stephen Canning, Deputy Chair Political at Stephen.Canning@ConservativeFuture.com

This weekend I will be in Maidstone with Kent Conservative Future and South East Conservative Future. There is a key by-election in Fant and if you are available please come down and support the great candidate, former Kent CF Chairman Matt Boughton! You can sign up to attend the event HERE.

Alex is still CF Chairman? thought she was too old by now? She hasn't done anything for months, just swanning around the US

Isaac Duffy has been selected to fight a ward that's been Labour for how long? We have people in CF fighting safe seats all the time. Not news.

She has worked but unlike Canning she doesn't just tag herself into 'meetings' with random MPs.

Isaac Duffy. Posh Tory Twat who cannot contain himself. Too much of a tory boy for Hartlepool and quite frankly the north east. He has one more year as chairman and I wonder how many people he drives out the party before then.