Oh Chairman Where Art Thou? 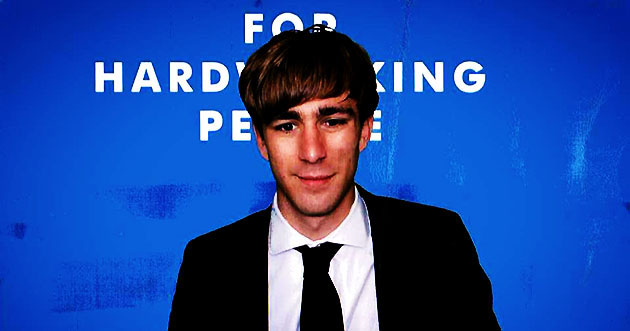 AS gossip over the upcoming CF elections continues to spiral out of control, TBG has yet to have confirmation of any official declarations.

Our recent poll, that saw a surprise surge for outsider Mo Metcalf- Fisher, has yet to of led to any formal announcements. Mo, who was spotted at a Young Conservatives event in East Berlin this weekend, has not given any sign of his plans. Canning and Springthorpe also appear set on keeping their cards close to their chests.

One concerned CF member said - "As per usual, we have no idea of what's happening. Our current Chairman is spending lots of time focusing on outside projects, so that leads all of us worried about our own organisation. I hope elections are called soon."

Asked by TBG who she'd support, the same member replied - "I've got my eyes on two people, but I'm not totally decided yet. The next Chairman must be completely different from what we've had this year. They've (the exec) have been good at campaigning but we need a fresh approach and someone who isn't afraid to say it how it is."

One frothy mouthed Tory told TBG - "I spend hours upon hours looking at pictures of all three possible contenders. It's borderline creepy. A couple of names on that list merged together as one would be awesome. Canning's friendly and Luke's very organised. Mo also adds a completely knew dimension as he's new, principled and determined."

Awesome, Canning, the person whos address was on emails involved in a data breach, what a great person to have all our details and be chairman....

JASMIN! WE NEED YOU!

After that email thing I'm worried about Canning. Didn't think he was that kind of bloke.

Not sure Jasmin is a member any more.