Former UKIP Election Candidate Says Farage 'Has Had His Day'. 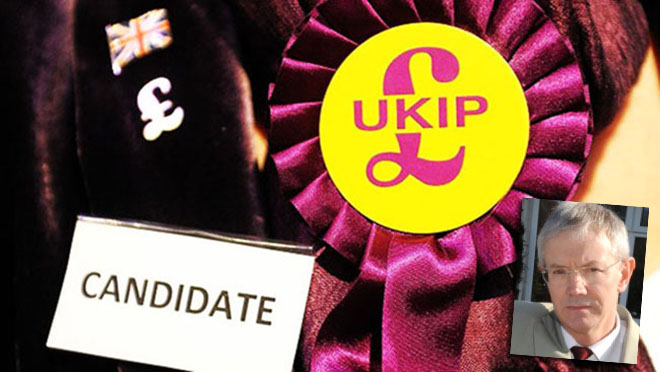 ALL hell has broken loose in Portsmouth Ukip, TBG can sensationally reveal.

Just seven days after local councillor Steve Hastings jumped ship back to the Conservatives saying that "The best hope for a European referendum now lies with the Tories", the former de-selected candidate in the Portsmouth South constituency has had a sharp public exchange of words with Nigel Farage.

In a letter to a member of the party’s national executive committee, Mr Denny echoes similar soundings put out by Douglas Carswell saying:

"Nigel has had his day."

"He is to be thanked for taking Ukip to where it is now – but I assure you all my political instincts say he is definitely not the man to take it forwards into this new era where there is a referendum." "To continue he will descend into acrimony and in-fighting within Ukip and ultimately be deposed, or Ukip become more and more irrelevant in British politics." "The public hate in-fighting in a party and it kills it in the public mind."

"Nigel, with his aggressive shouty personality, is simply not the person to put the arguments cogently and assertively and quietly with authority – without appearing to be a right-wing bigot."

"Like it or not Nigel does indeed appear to be a right- wing bigot, and puts off a large percentage of the people."

"That is why Ukip has never shaken off the image of being BNP-lite."

"He did not get into Thanet because of this."