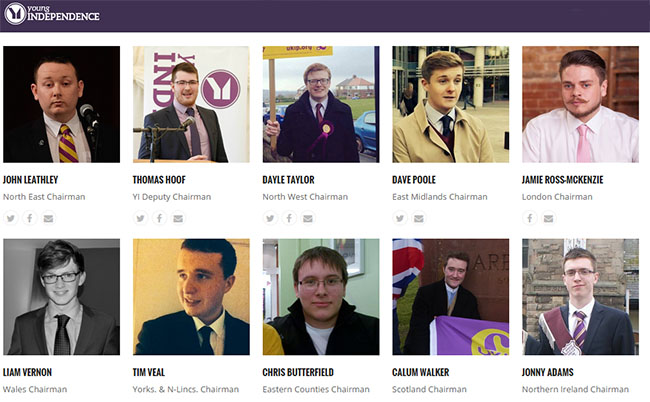 YOUNG INDEPENDENCE (YI), the youth wing of UKIP, is apparently set to have a top secret meeting that will see a vote on whether to ditch members aged 25-30 which could sensationally see them barred from voting in the upcoming election, TBG can reveal.

Insider sources claim that the boys club that is the YI National Council will meet to hold a, "Secret referendum to bring the member age down to 25 and potentially boot out all those hard working YIers who are 25-30."

The news comes as UKIP turmoil continues with the resignation of its economic spokesman Patrick O'Flynn MEP just days after ealy YI elections were called after Chairman Jack Duffin stood down.

I've heard about this referendum by YI and I'm not even a UKIP member... It can't be that secret.

Plus it's good that they're sticking to their direct democracy pledge and holding a referendum, instead of just pushing it through.