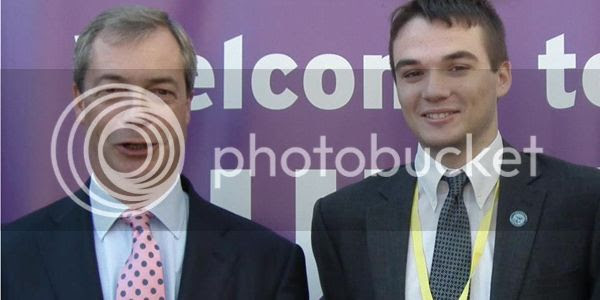 TBG has today been on the campaign trail in Boston and Skegness this weekend and one has to say that whilst the Conservatives campaign has been very low profile the same cannot be said of Ukip.

TBG has seen lots of literature from Ukip including no less than three full pages of adverts in the East Lindsey Target but residents in the Scarborough Ward have so far heard nothing from the Conservatives.

Even the Lib Dems have stuff out.

But if nominations are anything to go by Ukip are on to something.

Backed up by the recent defection of John Byford from the Conservatives, Ukip have far and away got more candidates than any other party for the local elections and despite telling TBG last year that he too would be standing it appears that in a major gamble Robin Hunter Clarke has put all his eggs in one basket.

TBG is very impressed with Ukip campaigning but the same can't be said for the quiet and sometimes absent Conservatives.

"Controlling immigration and fighting for the investment our area needs."

"We have been ignored for years and it isn't funny."

"Every time there is an election the same old party comes along with a raft of new promises and despite all those years in charge they have completely failed to deliver positive change."

"We have had years of Conservative control in Boston."

"People say that they are voting for me so that I can be there powerful local voice."