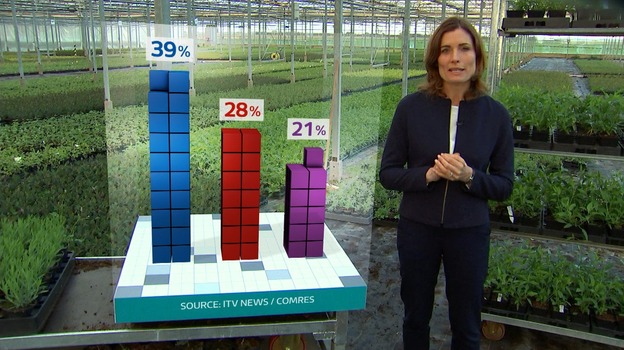 TBG is going on the campaign trail for the Conservative Candidate Matt Warman in the marginal seat of Boston and Skegness this weekend.

Judging by last night's poll news we couldn't have timed it any better.

A few days ago we reported that Ukip Candidate Robin Hunter Clarke had high hopes after an Ashcroft Poll showed that he was within three points of the Conservatives.

Last night brought a turn for the worse for the former Tory councillor turned Young Independence figure though.

The poll, for ITV News, shows that in the ten seats where Ukip have the best chance of beating a sitting Conservative, the party, on average, is polling at just 21%.

The Conservatives in these seats are on 39% and astonishingly Labour are in second place now on 28%.

The poll is a huge boost for the Conservatives who are neck and neck with Labour in the Poll of Polls but are consistantly polling ahead of Labour in Telephone Polls with one last week giving David Cameron a six point lead.

Warman told TBG that he thinks that if the Conservatives are to win then they need to change.

"The public isn’t apathetic about politics – they’re just fed up with politicians."

"From the juvenile baying at Prime Minister’s question time to the sleaze surrounding MPs’ expenses, voters are rightly disillusioned."

"From the constant sniping and insult throwing between the main parties to the attack campaign advertising, politicians need to realise their own poverty."

"We need a growing economy to invest locally, and I hope to be the MP we need to raise the issues we face at the highest levels - only that will make the vital difference between complaining and improving our area."

"No other party can bring the attention of ministers who can make a difference to our area."