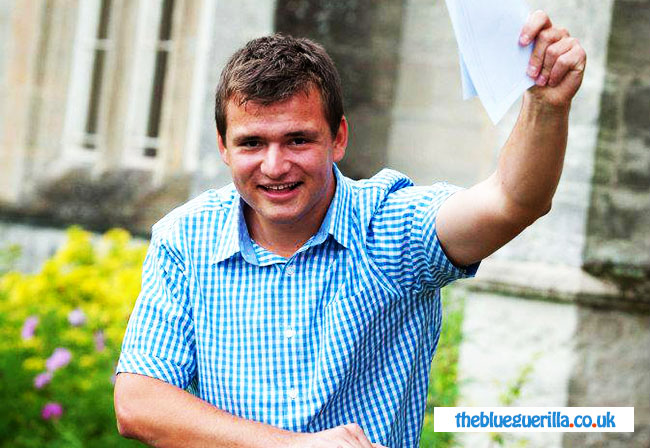 KINGS COLLEGE LONDON (KCL) Conservative Society Leader Ben Judge has allegedly held a top secret meeting where he stated he wants to change the name of the society in order to kick out what he supposedly called "pesky liberals" from the Tory University branch, TBG can reveal.

When being pressed on the fact that many members of his society weren’t in fact traditional social conservatives, Judge allegedly said - "I’m tempted to change the name of KCL Conservative society from a big C conservative to small c, just so we can kick out those pesky classic liberals."

Sources have told TBG that KCL Conservative Association Chairman Ben Judge then went on and moaned about how much of a nuisance classic liberals are to the Conservative party and how they should leave.

Judge has caused uproar in the past after inviting the ghastly UKIP showboat Godfrey Bloom as a special guest to a KCL Conservative event.

Judge had much criticism heaped upon him when he backed a Labour Candidate for the University's President role, and when he forced a resignation after allegedly sanctioning the "hounding" of a Tory colleague.

Top work Judge, alienate everyone but a base of hard right nutters. What a brilliant strategy. That's what delivered the Tories such huge majorities in 2001 and 2005.

The event he hosted last night was an omnishambles. Who starts bidding at a student event at £300?

Is this the same Ben Judge who invited socialists from a BBC satire show to his event at KCL, only for the minister who was due to speak to cancel?

Could he not work out that a BBC satire show wasn't going to paint him as the leader of a glorious revolution or the next Boris or whatever deluded fantasy idea of himself he has this week?

Absolutely - we need the liberalism that delivered us a huge majority in 2010.

HE was flapping away last night. He was like a dribbling sweaty octopus trying to unhook a bra.