Tory Council Leader: 'I Love to Wind My Opponents Up'. 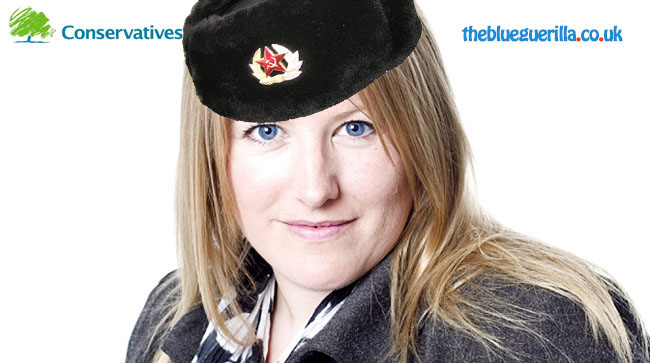 IT EMERGED today that the Conservatives Leader of Portsmouth City Council has dropped yet another clanger, TBG can reveal.

Despite being given the opportunity to apologise to former Leader Gerald Vernon Jackson (GVJ) on BBC Radio Solent Comrade Donna Jones said that she "Loves winding up" her political opponents.

As TBG reported this past weekend, Jones' original excuse for calling GVJ "Gerald Vermin Jackson" was "a typing error".

TBG thinks her latest rant clearly casts doubt on this.

In a fresh twist today, it emerged that despite repeated requests from Liberal Democrats councillor Ben Dowling, the Conservatives candidate in Portsmouth South Flick Drummond has refused to condemn Prima Donna's atrocious behaviour.

Speaking via her Twitter account Mrs Drummond instead said that she refuses to engage in personality politics.

TBG thinks it's a sad day for Portsmouth that politics falls to such a level.