It Goes From Bad to Worse For The Tories in Rochester & Strood. 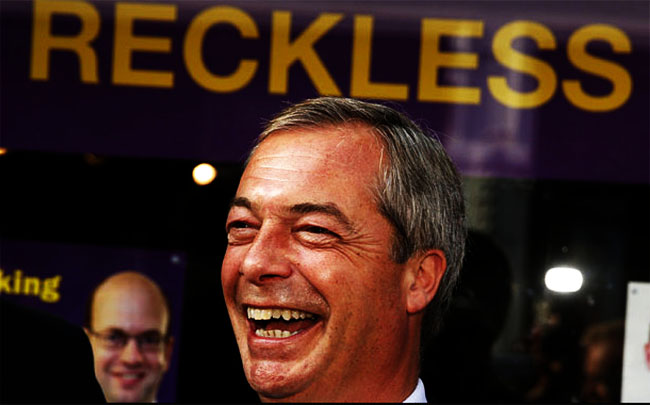 TBG has more sensational evidence of UKIP being on course for a landslide in Rochester and Strood.

A few minutes ago, Mark Reckless, the Tory defector turned UKIP candidate tweeted that FOUR of his former Tory colleagues who signed nomination forms for the Conservatives candidate now plan to vote UKIP.

The latest development comes just a couple of days before the Tories' 'Road Trip 2015' Super Saturday, when over 400 Tory activists are expected to decend on the constituency.

However, TBG has learned that as well as one Tory MP in the safe seat of Meon Valley holding his own Action Day in Waterlooville another association plans to defy Grant Shapps orders too.

TBG understands that Flick Drummond and her team are also holding an Action Day this Saturday in the St Jude Ward area of Southsea.

Flick Drummond has been down there though. Fair enough: she should be down there more and not be holding action days, but the party shouldn't be totally blown off the 40:40 course by every by-election (even one as important as this).

Btw, could TBG do a report on Mark Reckless saying that Gaddafi was "good for Britain".
Yes - the party could always send more activists down for the ground war, but blogs like TBG should never forget the role they have to play in winning the all-important air war...