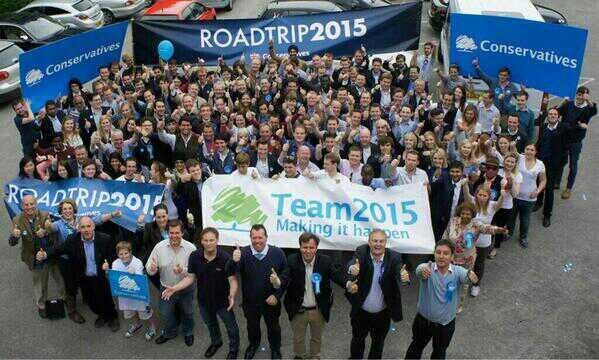 Conservative Party seem to always be out in force

IF there is any hope for the Conservatives in Rochester it is their mobilisation of troops on the ground.

That's not the view of Grant Shapps but the opinion of a senior member of UKIP.

Leaked emails seen by TBG last night suggested that whilst Tories are coming from all over the place with MPs ordered to attend three time and Ministers on five occasions, UKIP are struggling in numbers.

Our latest leaked email showed that only SIX leading Kippers turned out last weekend and when you consider that one of those was the candidate (Mark Reckless), one an M.E.P. (Janice Atkinson) and a third was their P.P.C. from Eastbourne, it wasn't exactly good stuff.

TBG understands this weekend will be "different" though, according to sources.

Fellow South East M.E.P. Ray Finch who was last weekend spotted taking it easy at his Bedhampton home has been ordered on to the front line and a contingent of up to fifty are expected from the West Country along with Leader Nigel Farage.

One relieved 'Kipper last night told TBG - "Its about time too!".