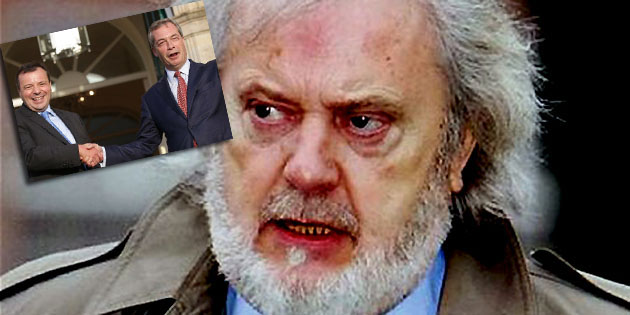 PORTSMOUTH SOUTH Independent MP Mike Hancock is now at the centre of yet another scandal involving a UKIP millionaire donor, TBG can sensationally reveal.

In the last few minutes TBG has learned that the Russian born wife of a Bristol businessman who hit the headlines earlier this week after donating £1 Million to UKIP was allegedly "helped" to stay in the UK by the disgraced MP.

It's being alleged that Hancock helped her stay in the UK after her original marriage to a Portsmouth merchant seaman broke down after just three months with authorities suspecting that it may have been a sham marriage.

Whilst there is currently no suggestion of an improper relationship eyebrows are being raised because it's being alleged that the timing of Hancock's help came whilst the Katia Zatuliveter scandal was also spreading.

Hancock recently resigned from the Lib Dems after he admitted inappropriate behaviour with a mentally ill constituent.

This is just the tip of the iceberg.

Mr. Hancock is the subject of a full thorough investigation on this one.

The odds are he could get nicked and questioned within days if he already hasn't been.

The fact that he has yet again been caught wheeling and dealing with Russians speaks volumes.