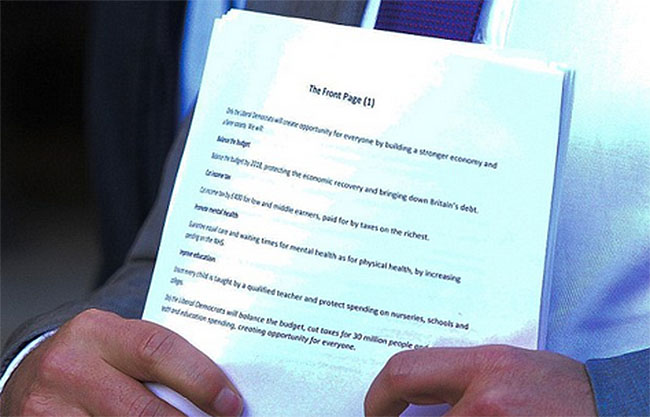 TORY EUROSCEPTICS received a major boost yesterday when it was revealed that the front page of the Liberal Democrats' 2015 Manifesto was sensationally leaked, TBG can reveal.

The front page of the manifesto was snapped as Nick Clegg's Director of Strategy Ryan Coetzee left the Deputy PM's Office.

Yet instead of having a Red Line opposed to David Cameron's pledge of an EU Referendum in 2017, Nick Clegg's wish list only includes: