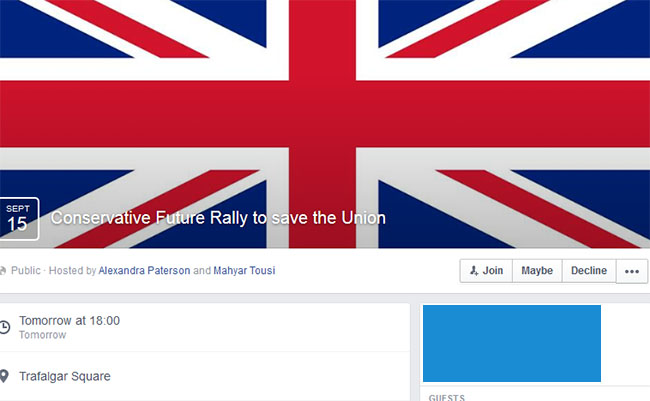 CONSERVATIVE FUTURE National Chairman Alexandra Paterson has called upon Conservative activists to join herself and the CF National Executive for a rally "to save" the Union this Monday, TBG can reveal.

The unionist rally is set to take place at Trafalgar Square, London, at 6pm and will apparently have guests such as Paul McCartney and other celebrities.

The rally aims to promote the 'No' vote in the Scottish Independence Referendum & the Union is set to take place this coming Thursday, with the latest polls suggesting the contest is sensationally on a knife edge and could go either way.