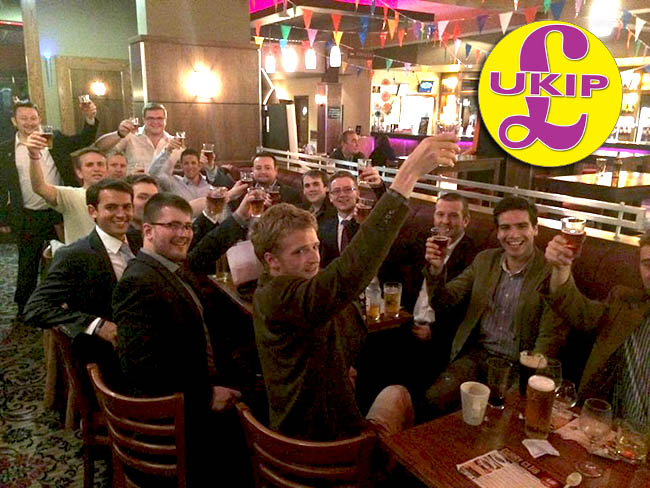 YOUNG INDEPENDENCE (YI), the youth wing of UKIP, have apparently had a low turnout at this years conference that got underway, this past week, with a male dominated showing, TBG can reveal.

Chairman Jack Duffin has allegedly come under fire after the "Worst" YI turnout during a UKIP conference.

UKIP sources allege that Duffin sensationally stated at YI conference, when asked whether or not YI will help write policy for young people leading up to the general election, that "YI is not for ideas or policy writing. YI is for leafleting and drinking."

A YI activist told TBG - "I am certain past chairs who have often stated 'YI is not a drinking club' are not very pleased to here this outburst!"

But, a senior member of UKIP who is also a NEC member has stated today at conference that, "There is only room in this party for one face in YI, and that is Jack Duffin."

Other rumours swirling around in the conference bars suggest that Duffin did not write his own tweets during the YI Twitter Debate earlier this year but it was instead his deputy Thomas Hoof.

And a sensational bid for the YI chair position has already started to take shape, according to sources by one young member from the South West of England, with an experienced deputy chairman by their side.

Even Neville was a better Chairman than this pillock. How YI have fallen from the Days of Harry Aldridge.

Does anyone even care about YI anymore? So irrelevant.