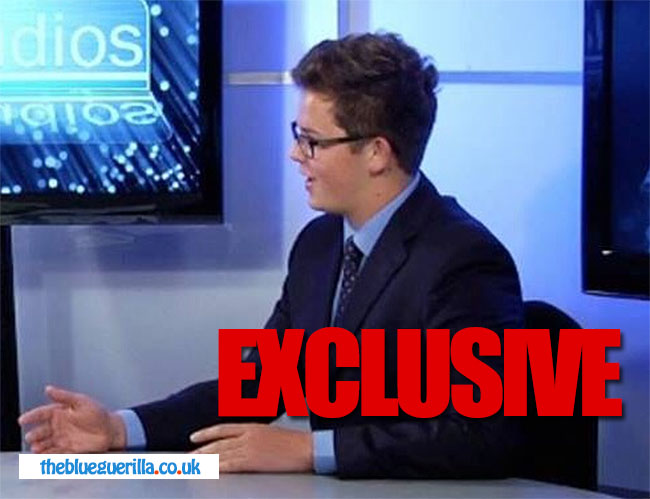 CONNOR DONNITHORNE is set to re-stand for the position of regional chairman of South West CF as a member of #TeamPaterson, TBG can reveal.

Connor told TBG - "I am absolutely delighted to learn that Alex is running for the CF National Executive. Having worked with her in my capacity as Regional Chairman for South West CF and as part of the RoadTrip2015 leadership team, I know that she and her running mates have the necessary skills and determination to change the focus and effectively deliver the result that we are all working towards: a Conservative majority government.

"Working alongside both India and Annabel in different capacities also, I have every faith that this team that I am pleased to endorse will address the frustrations that many of us recognise."

When approached for comment Eastern Region CF Chairman & National Deputy Candidate on #TeamPaterson, Cllr Stephen Canning said - "Connor is a fantastic guy who has an incredibly raw talent and will always work to the bone. I wish him the best of luck!"

South West Conservative Future needs more direction and better leadership!! I hope Robert Graham runs for SW Chairman he goes all over the country campaigning and is a sound conservative!!

Rob Graham should be running for national chair but definitely regional!!

Rob Graham should be running for national chair but definitely for the South West region.

Isn't Graham like banned from CF for having a go at someone because they wore the worng kind of suit?

^ those 4 most recent comments definitely a particular member from Wales CF who was insulted when Graham questioned his inadequate CV to be National Chairman!

God Connor is a fitty

What the hell is wrong with his hair?

Robert Graham is the Hero CF Needs, but Not the One It deserves.

Rob Graham is the only Man who Can rescue the South-West From the savage Leader ship of Conor dnotihorne!!

Because of the signs it was given power to perform on behalf of the first beast, it deceived the inhabitants of the earth. It ordered them to set up an image in honor of the beast who was wounded by his words and yet lived.
obvious Reference to Robert Graham in the Bible 666 the number of the beast

So the juggernaut gets bigger!

Connor had Mark bought you as well, such a shame I never took you for a gigolo!!!!