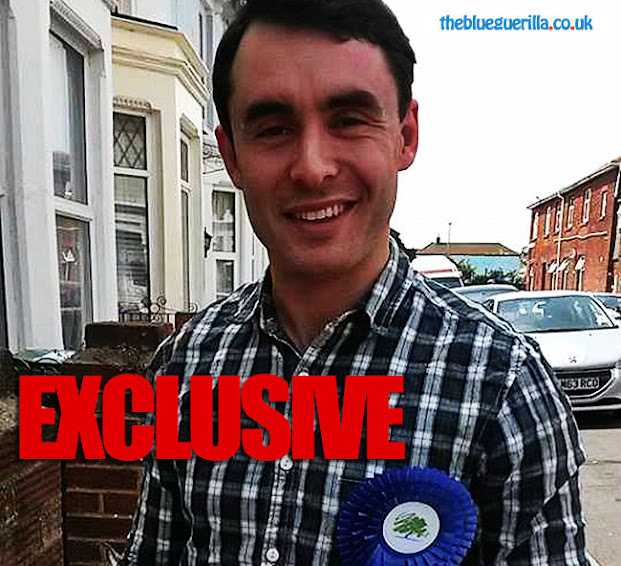 LUKE SPRINGTHORPE is set to launch his campaign website and manifesto next week for his London Tory Youth Chairman bid, however TBG has obtained a leaked copy of the manifesto from Tory insiders.

Having gone to University in Manchester and been Chairman of Greater Manchester Conservative Future (CF), Springthorpe has served on the London Conservative Future Executive for two years now since moving to the region. A source close to Luke says that over the years he, "has acquired a considerable amount of experience in campaigning and organising highly successful events."

According to one source, his key achievements include:

• Organising a highly successful free regional conference in collaboration with BPP that was attended by 170 people with a reception, training and Ministerial speakers- all for free
• Recently led a campaign day in Croydon Central that resulted in a turnout of 105 people
• Organised a number of free trips to Brussels and Strasbourg
• Organised events ranging from debates, BBQ’s, receptions, dinners, dog racing and much more
• Campaigned across London for the Mayoral Elections (‘BackBoris’), the local elections and European elections

Luke was also the Chairman of Greater Manchester Conservative Future during the last General election in 2010 and led campaign days in key target seats as well as providing a packed social calendar.

He has also acquired essential experience in setting up branches during this time, which could well be crucial over the coming months as CF seek to, "ensure they are fighting fit and that our key target seats have the activists they need".

Springthorpe aims to have a radical overhaul of the way London Conservative Future operates in order to ensure more effective communication and that Universities, branches and areas are at the forefront of planning events. TBG can exclusively reveal some of his key manifesto policies, which include:

- To assist in the launch of new branches across London and support existing branches in recruitment by helping fund launches and recruitment events as well as deliver high quality speakers.

- Ensure co-operation with Universities as well as helping with fresher’s weeks to make sure recruitment is maximised. Where NUS disaffiliation is something being pursued, he will support them in doing so.

- To deliver a programme of high quality training, delivered by professional trainers, in public speaking, debating and interview techniques.

- Diversify the social calender to incorporate a wider range of tastes & budget.

- More leadership opportunities in order to involve a wider number of people.

- Open up the Executive by holding quarterly open meetings that are free for all to attend and with minutes of meetings made freely available.

A Europhile for London CF Chair? No thanks!

Leaked? When the candidate emails you something, you can't use that word.

Leaked in the sense of a press release. Besides the guy's is a wet. He would have voted Thatcher out of office - No more Heseltines please (especially ones with psycho girlfriends)

Top bloke. Effective operator. Record of delivery . What more do we need?

How short is Luke?

He's no Nabil Najjar - that's for sure.

Luke sound? hes as sound a Ted Heath both of the candidates are dripping wet. To be fair to Luke at least he does not attend events he does not agree with,Maxwell attended YBF having called them right wing nut jobs.