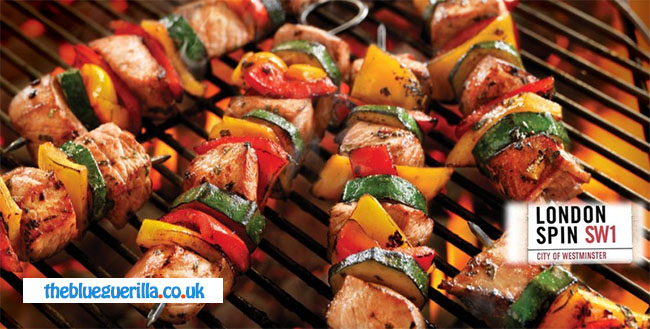 A PLOT to launch a devastating counter-attack against the juggernaut Paterson campaign will be set in motion this weekend, London Spin can reveal.

The flame-grilled conspiracy will see a fresh candidate dramatically entering the most explosive and controversial race in Conservative Future’s history. The revelations will send shockwaves through the many hundreds of Paterson supporters who gathered for a posh wine-drenched launch party on the Thames last night. The star-studded bash, equipped with blue helium balloons, was attended by some of the organisation’s most prestigious figures including celebrity guest star The Hoff.

Leaked details of the conspiracy – seen by this newspaper – include a check-list of campaign items comprising of branding, placards and a timetable for endorsements from senior MPs. The dossier also included a detailed memo on the cuisine that will be served-up to hungry conspirators this Sunday. Tasty treats include minted lamb kebabs marinated in lemon zest and Greek yoghurt. Other delicacies on the menu included crispy cumberland sausages and salmon fillets coated in garlic butter.

When our reporter approached the alleged ring-leader in the BBQ plot, they slammed the door after saying, "Things are not right at the moment and this will change things."

This newspaper has established that the majority of BBQ meat will be purchased in Waitrose, whilst the finger buns and lemonade will be acquired from downmarket Aldi stores South of the river.

I wouldn't mind dropping my rockets on Hoff's Gaza Strip

Let's face it, mum is going to Iceland, the best these amateurs can manage is third rate processed meat and a plastic cup of third rate fizz, unlike the tender cuts of prime steak we can expect of Alexandra Patterson and her team.

You don't need to check the weather forecast to know everyone attending this event will be dripping wet.

I am writing to request information about the relationship status of Frank Manning. I saw him in the Red Lion and became a little aroused and sweaty. I also felt the same about Oliver Cooper but since the coup he has lost some of his sex appeal.

BBQ cancelled after a call from Mark Clarke?

Will call me Dave be attending?

I do hope this works, having heard Paterson's speech on Tuesday I can safely say she is the most inspiring speaker since Nicola Murray!!!

I don't understand why we need elections I think Alexandra is the clear stand out candidate. I find all the complaints against her and Team Paterson completely ridiculous!!!

She had the experience, skills and personality to be a great leader!!!

It would be nice for the various candidates to include evidence to support their numerous claims, there have been far too many cases of fraudulent and incorrect statements being made, e.g. regular campaigning = going on road-show twice, illegal job description claims etc

I just wonder how many people are going to be willing opposing the MCC juggernaut...

I agree, not many will want to go against the Berlusconi of British politics!!!!