EXCLUSIVE: Tory Youth Deputy Sarah-Jane Sewell May be Ditched & Told Not to Run in Upcoming Election. 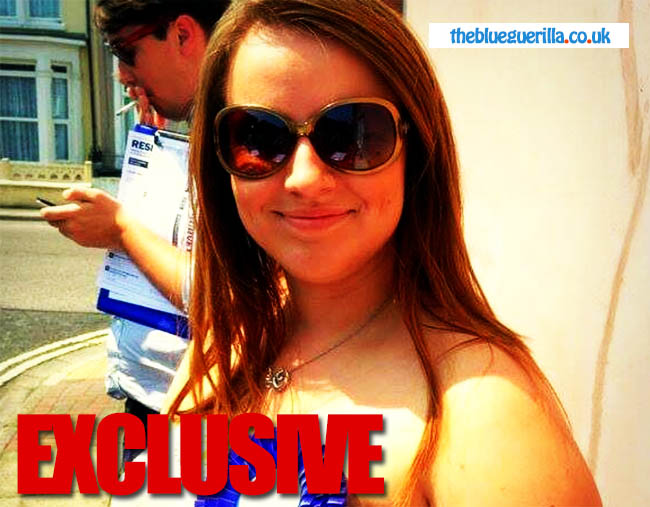 SARAH-JANE SEWELL has allegedly been put in the same boat that's about to ship out of the Conservative Future (CF) National Executive and been told by Party activists not to bother running for CF Chairman, TBG can reveal.

After the Party Machine told CF Chairman Oliver Cooper not to run, a leading & major Party figure sensationally told TBG - "Having lost the backing of several promoted senior MPs there is concern that CF would be marginalised under her leadership."

Should Sewell choose to run, TBG understands senior MPs will not merely endorse her opponents but will, "actively denounce her as unfit for high office within the Conservative Party."

not surprised. we asked her for help with campaigning up north and she told us to get lost. #voteSJgetMiliband

High office within the party?

Its a bloody youth chairmanship.....


Some people need to grow up and get their heads out of their little special snow flake behinds.

remember when she went around telling everyone she was on the candidates list in her first year of uni? then pretended to turn it down to focus on her studies. SJs a joke and we all know it...

ugh, i'll pay £100 to anyone who can name anything good Sarahjane's done for the party... except for leaving it.

Poor Sarah-Jane as she only gets stick because she speaks her mind.

Is 'Mary' your middle name SJ? You don't 'get stick' because you speak your mind, you get stick because your ruining CF and making us lose the election.

How can she represent CF if she's attacking MPs?! SJ's a danger to the party and we need her out. I'll vote for Alexandera Paterson or whoever else will get rid of her - literally no one could be worse than SJ. Surprised the party don't hate us already

I smell the stench of Mark Clarke and the Tory Madrasa.

Mark Clarke,
he works in the dark.
But where's his continent?
She can't be far?

For where they spread their shit,
the innocent they're sure to hit.

Black lists and crack lists,
down the middle they shove their fists.

Conservative future,
Future no more.
The country finds them all a bore.

Up they grow,
Or maybe that is not so...

I feel sorry for SJ in a way. I've met her at a couple of Road Trips and heard the way some of the guys (especially the older ones, including a recent MEP candidate) talk about her. I know she's not all that bright but nobody deserves that kind of sexism.

But OTOH hand wandering round wearing a teeshirt saying "Is that the truth or did you hear it on the BBC" and telling voters you want to close it down and privatise the NHS isn't the way to help in target seats.

Did the Party Machine tell Oliver not to stand? I very much doubt it. If they did then they've got very odd priorities when a general election is less than a year away.

A reminder of why Mark Clarke is no longer a parliamentary candidate. It is all happening again.

I hear Sainsburys are about to run out of extra thick loo roll. Charmin'

Why's the bit about her attacking senior MPs gone from the article? #SJcensorship

What happened to these other women in cf who we're trying to make a positive mark like jasmine, and jsj?

So glad I got the hell out of this one!