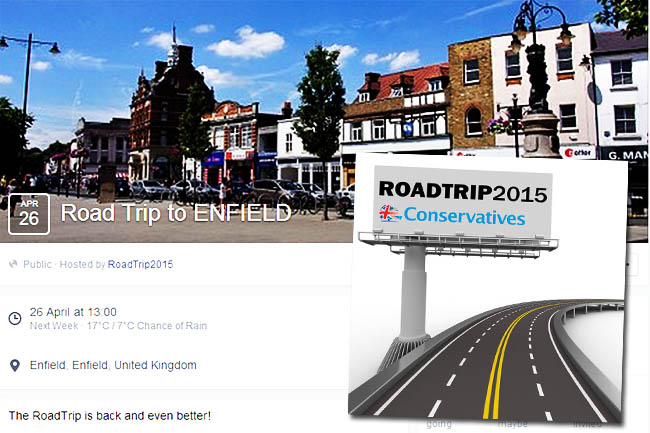 AFTER the Cannock and Harlow Tory Road Trip which has been massively successful, Conservative Party Chairman Grant Shapps has asked the team to be the main campaign machine for next years General Election campaign, TBG can exclusively reveal.

Tory HQ and the Chairmans office will be providing glam rewards for activists and they've also asked Tory activists to continue sensational video blogs. The next campaign is in Enfield on 26th April - next Saturday.

Attend the next Road Trip to Enfield, more details here.