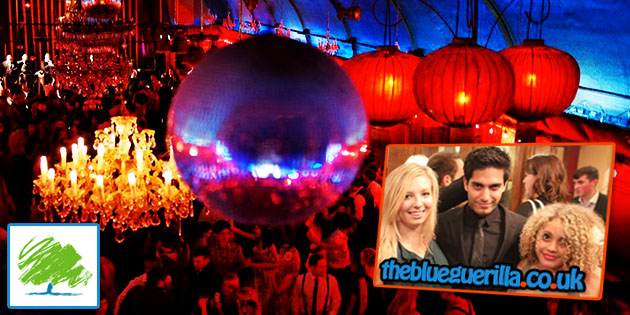 MAHYAR TOUSI is set to sensationally launch his campaign to become a Lewisham Conservative Councillor in the upcoming local elections this May with a gargantuan party, TBG can reveal. 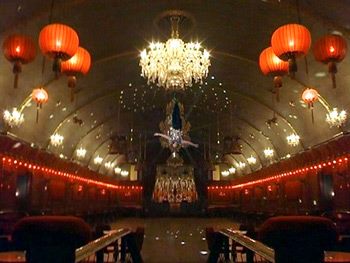 The event is to be held in a wonderland of plush red velvet gold-framed walls, magnificent Austrian crystal chandeliers and oversized dazzling Chinese lanterns, the Rivoli Ballroom in Crofton Park is the only intact 1950s ballroom in London. One source told TBG that the venue, "remains one of London's best kept secrets."

Top London Tory James Cleverly has been penned in as special host and a Government Minister as guest speaker. Representatives from The Freedom Association, the Better Off Out campaign and Team 2015 will also be in attendance.

Rumors include Tinie Tempah performing the British national anthem and Mahyar Tousi will make a startling announcement that the bash is a joint Conservative Future Chairman campaign launch.

The event and campaign owe much credit to the herculean effort by campaign manager Charlotte Kude who TBG sources say, "has been working hard".

Celebrations are set to take place on the 27th of February and tickets are £15, that includes FREE drinks, music, a fun mini quiz with prizes, raffle and more surprises.

Will he be putting the money raised to a wig to hide the hairloss from his upcoming round of chemo?

shouldnt tousi be making better use of his last few months of life?

None of that is likely to get him elected in a tough part of town. You win votes by campaigning, not cocktailing.

Any truth in the rumours that Mahyar will be receiving open brain surgery as the finale to a series of famous performers?

Can TBG report whether or not Mahyar is funding this shindig with the profits he has made from cooking crystal meth? He is making more than enough for his hospital bills!

Poor Mahyar there is more sh!t swimming around inside his disease-addled skull than there is sliding down Samuel Fletcher's inner thigh

Are the brain related problems finally going away for Shadow, I keep hearing conflicting reports, are there Tumore or Tuless of them?

Once you go fat you never go back said...

Hearing talk that Mahyar is looking to find a lover for his last few months alive. The rumour mill keeps telling me that his time with SJ had a lasting impression on him and that he is looking to date someone with the same figure. Apparently JoBo is top of the list.