Portsmouth South UKIP PPC Next Up For Gestapo Chop. 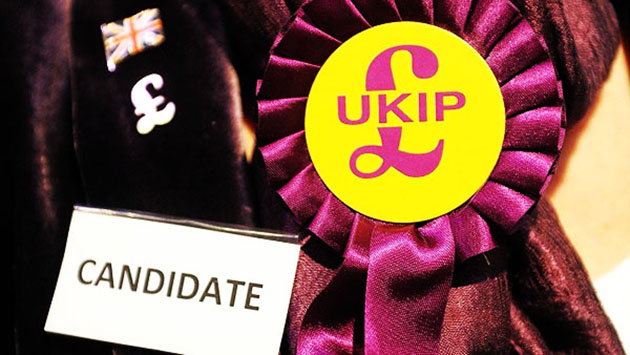 Is the unpopular current UKIP Candidate in Portsmouth South Douglas Denny the next for the Gestapo chop?

Hot on the heels of a Hampshire Branch Secretary being sacked just hours after a democratic election, the focus of attention in the civil war gripping the party in Hampshire is now on Portsmouth South where rumours of a by-election are fast gathering strength, TBG can sensationally reveal.

TBG understands that despite having a full slate of candidates for the forthcoming Portsmouth Council elections most members are unhappy with their new PPC.

One source told TBG that if a by-election does take place it's "unlikely" that the former Conservative Party councillor will be their man. Denny was quoted in national press after comments from a UKIP forum were leaked to the media. Denny said that gay sex is "disgusting" and - "What irritates me is they (sic) way they and their leftie, neo-Commie followers seem to want to force the rest of us to consider them as normal.

"I just wish they would keep their ­homosexual nature and practices to ­themselves and stop trying to ram it down my throat telling me they are ‘normal’ when they are not."

The rumour sweeping UKIP is that it's going to be big hitter Ray Finch instead. Finch won a seat on Havant Council last May and was "different class" to John Perry at the recent Havant constituency hustings, according to sources.

Finch didn't look unhappy after losing either which has only raised suspicions of yet another Gestapo chop maybe on the cards.