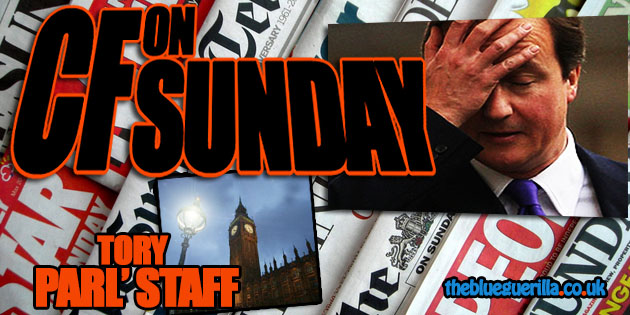 
CONSERVATIVE PARTY staff within Parliament are rumoured to be plotting a sensational bid to lead Conservative Future (CF) into the 2015 General Election, TBG can exclusively reveal.

The secret plans kept under lock & key until now show how Conservative Party parliamentary staff want to "keep CF in their own circle in Westminster", according to one inside source.

Originally TBG sources point to former National Chairman candidate Paul Holmes as the prefered choice but say, "he got selected to run in the 2015 General Election to become an MP so a couple of other names are on the air".

Last years CF Best Practice candidate John Cope and a mystery second person are said to be eyeing up the top job.

It's still unclear how such a candidate will be much different from any other London based chairman, which seems to be a prerequisite in recent years to be elected National CF Chairman, other than power will be concentrated within the tiny Westminster bubble.

Another anonymous CF source told TBG - "As a northern CF'er, I have no problem with a London based chairman, as long as they are suitable for the role and do a good job. The problem is with these lot in Parliament, who don't even know the members, they are too busy with their jobs and they won't have time or even probably the inclination once elected to run CF."

Pretty sure jasmine's name is being thrown in the ring - she'd be awesome!

The next CF Chairman needs to be north of London or else we're all DOOMED!!

It will be usedBeth Prescott.

All she has to do is pick her nose and everyone thinks wonders of her.

Where was her commitment to the party over 2 years a go from the Uni drop out?

don't be so horrid!

Jasmine isn't a 'uni drop out'

and if she's popular than that's because she's lovely not because of horrible comments like yours!