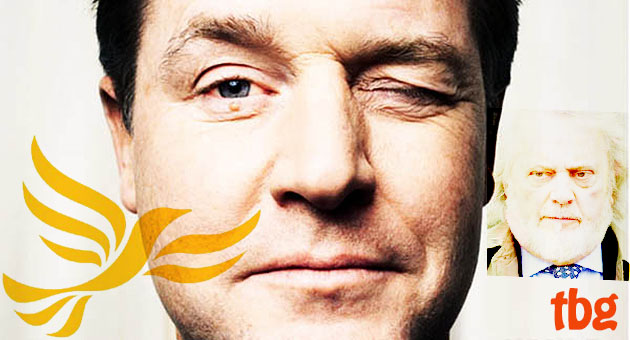 LIBERAL DEMOCRATS in Portsmouth last night rejected a motion to disclose a damning Council report into Councillor & Portsmouth South MP Mike Hancock's conduct and sensational allegations of sexual harassment toward a vulnerable constituent, only for it to be leaked online today, TBG can reveal.

The constituent went to Hancock for help about unruly neighbours, but alleges:


Though a Council committee accepted the report and say Hancock breached Its code of conduct, he was not suspended by the Lib Dems and police decided not to take any action over the constituents claims. However, the MP is currently involved in a High Court civil dispute over the allegations.

Mike Hancock MP says the report is one-sided and denies all the allegations.

UPDATE: Mike Hancock MP has been suspended as a Liberal Democrat Councillor
Edited & Posted by The Blue Guerilla at 13:57:00

Get Farage down there for the by-election. It's a Lib/Con 2-way seat with no Labour vote worth thinking about.