Hancock Saved By His Wife as Vernon-Jackson Prepares to Fight Seat. 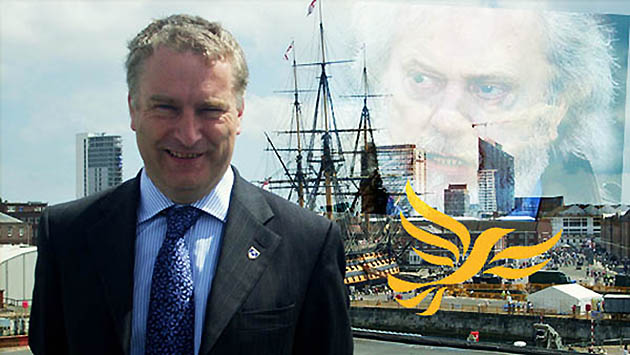 CALLS are growing that a re-run of the ballot to determine Mike Hancock's future on the Portsmouth City Council Cabinet should take place after it emerged that he was saved from the sack by his own wife, TBG can reveal.

It can be confirmed that the actual result of the ballot was a 10-10 draw with Mrs Hancock being sensationally allowed a vote.

Interestingly, Council Leader Gerald Vernon-Jackson voted for Hancock to be kicked off the Cabinet despite the huge amount of public support shown over the years.

Hancock is still disputing the fact that he has been de-selected from his Portsmouth South seat.

The sitting MP can no longer apply to be on the Lib Dems' candidates list because of his suspension from the party which is currently in the process of choosing all of its council and parliamentary candidates for the city.

Despite Gerald Vernon-Jackson being the bookies favourite for selection in the south seat, TBG sources say that they would not be surprised if the local party had a "clear-out" and "fresh start" instead.
Edited & Posted by The Blue Guerilla at 09:18:00