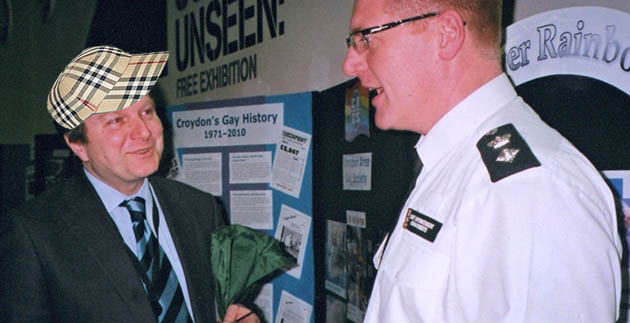 ANDREW PELLING has sensationally launched a new selection of Spring clothing, including track suits, shell suits and hoodies. The popular online retail outlet, Andrew Pelling: Men’s Clothing at Discount Prices offers customer discounts on the finest in global fashion and is expected to go down well with shoppers on the lookout for the latest Spring garments.

The respected retail store is however not to be confused with scandal-prone Croydon Labour candidate Andrew Pelling, famous for his endless controversial antics - most recently issuing legal threats against members of his own party.

However, Mr Pelling’s estranged ex-wife Lucy once claimed that her former husband did indeed have ambitions to sell clothing, including tack suits, for a living.

Speaking to a national newspaper, Mrs Pelling said her husband has no respect for his constituents and often joked he would open a shop called Chavs of Croydon. "He thought it would be funny to sell fake Burberry, shell suits, scrunchies and Staffordshire bull terrier accessories," she told the paper.
Edited & Posted by The Blue Guerilla at 15:42:00