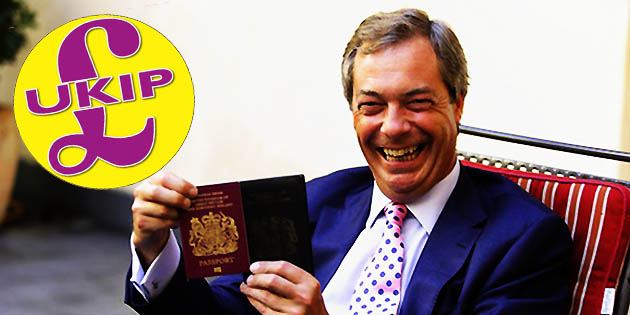 During a no-holds-barred confrontation with UKIP Leader & MEP Nigel Farage on Live Bulgarian TV Show "Every Sunday", British singer songwriter, Jonathan Taylor was soon forced into silence when he was unexpectedly taken off-air for 15 minutes, TBG can reveal.

A spokesperson for the show sensationally claimed - "Nigel Farage is so offensive he blew up the Bulgarian TV centre generator!"

Jonathan Taylor told TBG - "We had just got talking, I mentioned his name too often I guess and the generator blew up. The station back-up systems failed to boot and the whole TV station fell into darkness."

The show presenter then joked - "This is the first time this has happened in 35 years - It was usually the communists who shut us down like this [sic]."